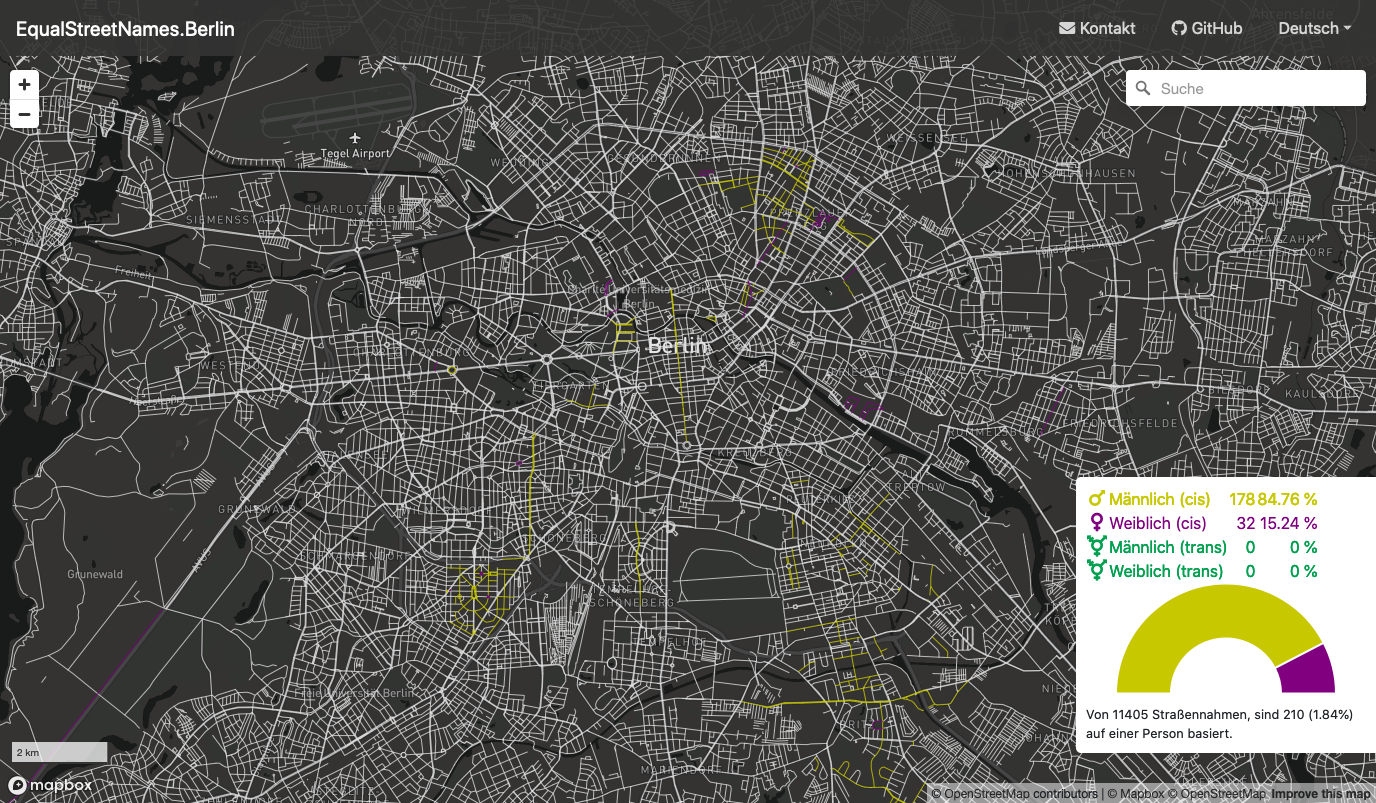 In one of Berlin’s OpenStreetMap Telegram channels, Lars recently shared a project that he had deployed for Berlin which made me very happy about the current state of Open Data. The project is EqualStreetNames.Berlin and aims to create a map showing the gender of people who streets are named after in Berlin. I thought this was pretty cool because I am working on a related project right now and also because I had two attempts of doing the very same thing for Berlin already 5 years ago. At that time, my attempts did not work out great though. When I was working on the topic, I tried to get the names of the streets from OpenStreetMap, to then search for them in Wikidata to find potential matches and to then get the genders form there. As this involved string-matching, this did not work great though.

EqualStreetNames which actually was started by Open Knowledge Belgium takes a slightly different approach. The idea is to have OSM-contributors add the name:etymology:wikidata tag which links to the Wikidata Q-item directly after which this street is named. This is great because it takes away the manual mapping step, making this cross link much more distinctive. It also makes me very excited about this usage of linking one Open Data source from the other. With OSM-contributors now adding this tag (which does not have to refer to people only - it can also point to a city/tree/etc. after which a street is named), it now becomes much easier, to create an interactive map visualising street etymologies.

I am especially happy about this because it shows the power of Open Source & Open Data again. Some people in Belgium built this little application and now we have the same in Berlin. By deploying it in Berlin, the community will increase the data quality in OSM while also increasing the linkage between OSM and Wikidata. And all of that in addition to having a cool website for the public. I am really looking forward to see more projects like this and of course I encourage you, to contribute.