Welcome to the third edition of This Month in Open, my Berlin-focused look at the latest developments in the Open Data and Civic Tech scene.

Supaplex publishes a beautiful visualisation of parking spaces in Neukölln 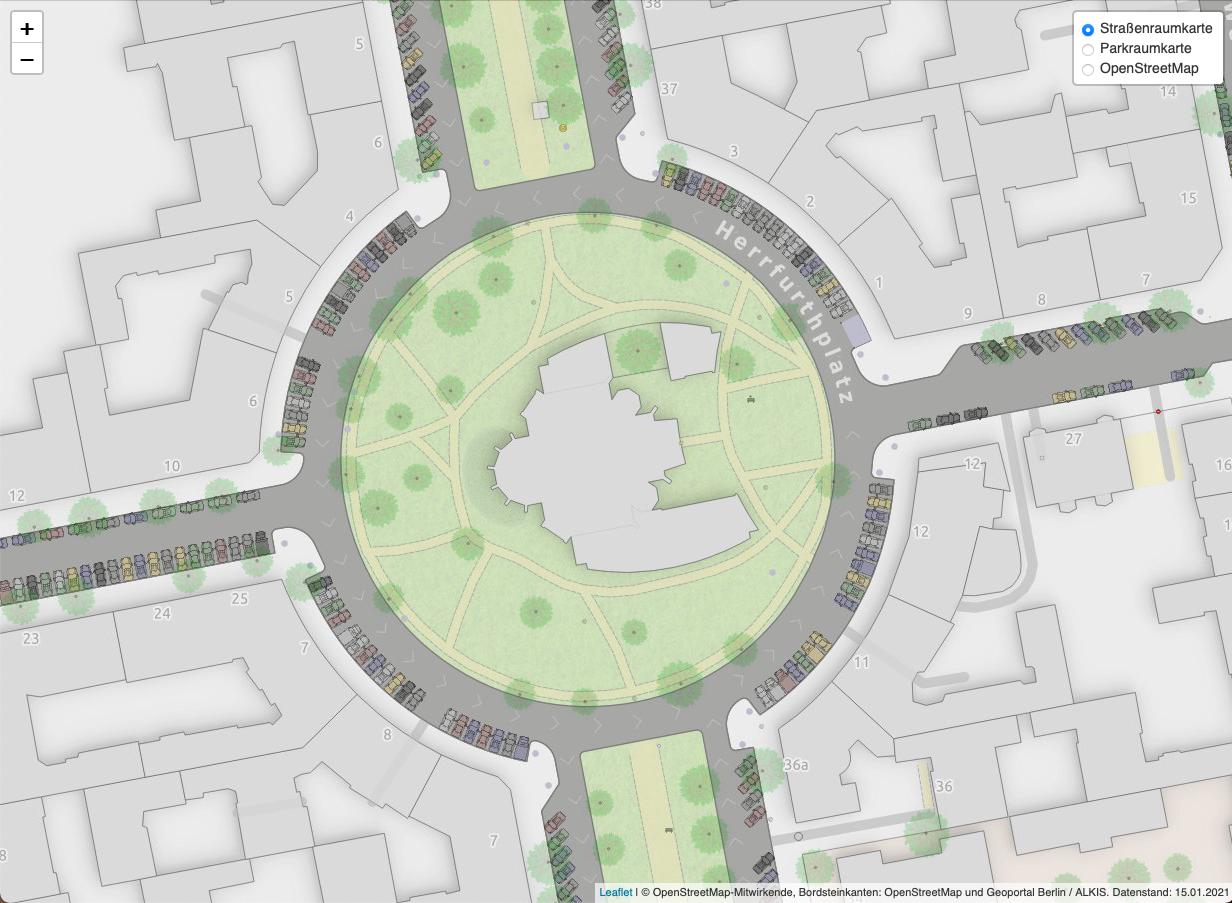 The Berlin based OpenStreetMap Verkehrswende community keeps doing great work. This month, user Supaplex published a really nice map of parking spaces. Apart from showing just how much space is used for cars it is also an excellent example for what kind of beautiful ans specialised maps one can create with data from OpenStreetMap and official public data sources.

Thomas publishes an analysis of internet speed in Berlin’s schools 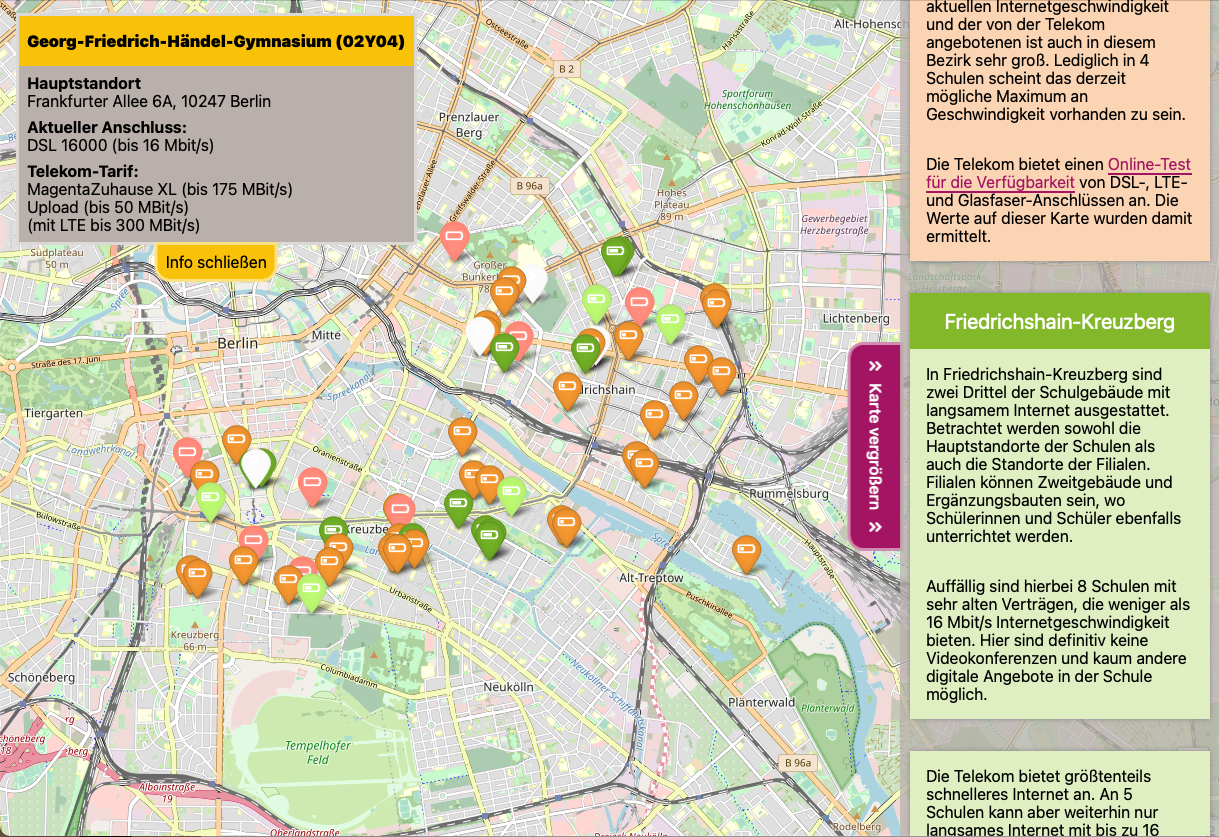 Thomas also keeps publishing great work. This month, he brought together his two interests of Open Data and education again to create a little scrollytelling piece about the speed of internet in Berlin’s shools. I have to say that I was very surprised to learn just how many schools still only have a 16 Mbit/s connection. Thomas also shows what alternative top speed the schools could get but knowing that they currently have to share a connection with their whole school that I would consider terribly slow just for me was unexpected.

ODIS, the Open Data branch of the Technologiestiftung Berlin published a blog post describing a tool that they developed for the administration to optimise election districts. This is required since people move around a city while election districts should remain consistent in size. The blog post describes how the tool was built and also lets users try it out in their browsers.

The city of Berlin now publishes data on it’s ground water measurements. This includes water levels as well as water quality for some stations. By just skimming the data, I was able to find water level measurements dating back all the way to 1932 as well as very recent measurements on the levels of certain metals in the water. Hopefully all of this data will also be coming to Berlin’s Open Data portal soon. You can find more information in the official (German) press release.

A look back at the Wikipaka talks at rc3

The Open Knowledge Foundation Germany published a blogpost (in German) looking back at all of the interesting things that happened at the Wikipaka community at least year’s Remote Chaos Experience (rc3). If you speak German, you should check it out.

There isn’t a lot to say about this: The South African Government now publishes its own browser to re-enable flash support which is needed for some official web forms. This goes to show that lobbying for open standards in government is important for both future compatibility as well as general accessibility.

That’s it for this month. If you found an article that should be included in next month’s issue, let me know on twitter or via e-mail.